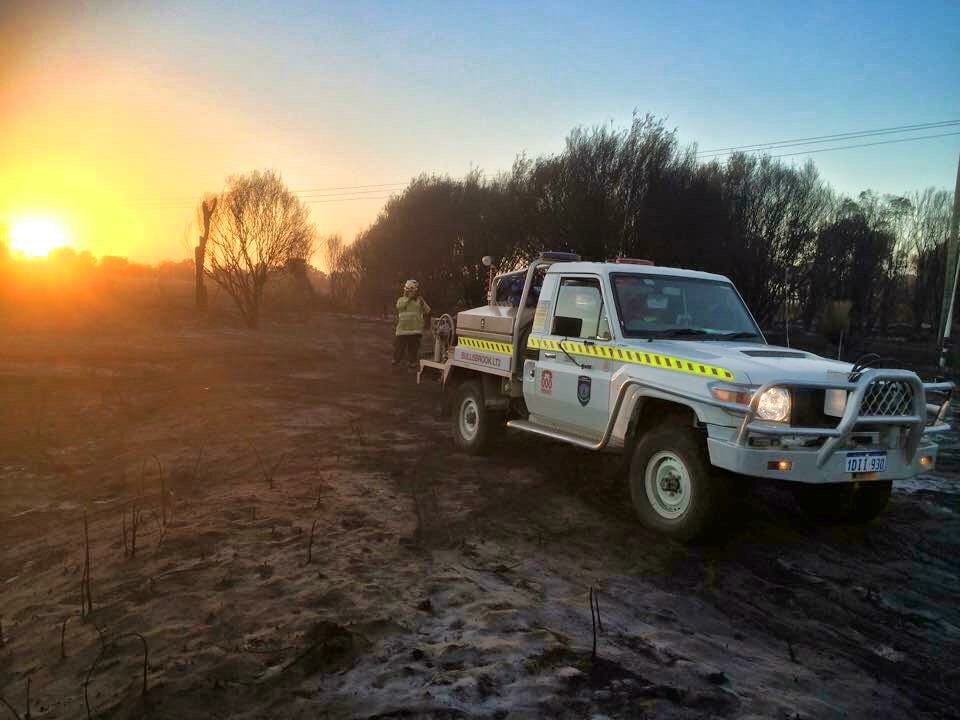 DON’T be fooled into a false sense of security this winter, because the wet weather has only made the upcoming bushfire season even more precarious — and you could be in the line of fire.

The Bushfires and Natural Hazards CRC (BNHCRC) has released its outlook for Australia’s 2016 bushfire season, and as the image indicates, New South Wales and Victoria are particularly vulnerable, as well as parts of Queensland and Western Australia.

Fire and land managers, climatologists and meteorologists converged in Brisbane to predict Australia’s bushfire potential for the year ahead, and the news is glum.

While high levels of rainfall throughout spring will delay the beginning of the season, it is predicted it could make the fire season worse for Aussies.

Every month this year has seen record national mean temperatures despite above average rainfalls across the country. According to the BNHCRC, average temperatures this year have been 1.33C above the 1990-1991 average, “the largest anomaly for any 12-month period since records began in 1910,” the outlook reads.

“Despite a number of significant cold spells, winter has continued the pattern of above average temperatures, with a mean temperature anomaly of +0.9˚C.”

“The longer term changes are important for the season ahead, noting that summer 2015/2016 marked the 14th consecutive warmer than average southern fire season (October to April). “These warmer conditions have contributed to elevated fire risk in most years in recent decades.” 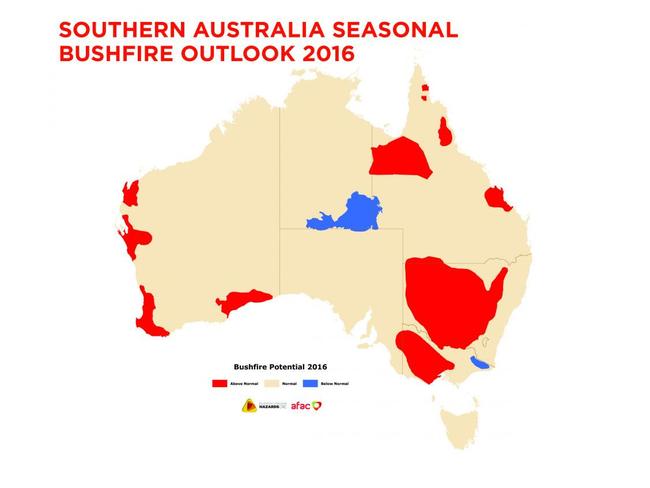 The heavy rainfall was the result of the El Niño we sweated through in summer and it’s not uncommon to see wet conditions after the warm weather event.

Despite the wet winter, the BNHCRC says record rainfall can be followed by disastrous bushfires.

Consistent rainfall and average temperatures have aided vegetation growth, and the expectation is that will continue over the next few months.

This means vegetation won’t dry out until we are well into the fire season, and it will be a challenge to burn it off and prevent bushfires latching on to it.

Sydney-based Fire and Rescue NSW and member of the Firefighters Climate Alliance, Jim Casey, said they were viewing the bushfire outlook with “very real concerns”.

“A warmer and wetter winter than usual has led to an increase in fuel load (vegetation), and that fuel load will be potentially hazardous when the hot summer, which we are expecting, is upon us.”

Mr Casey said as we move into spring, there will be an increase in vegetation, particularly grass.

In the past there have been wet winters causing increased vegetation but Mr Casey said this year there would be one crucial difference.

The vegetation growth we’ve experience could be unmanageable as we approach fire season.

“What is really very clear is that the conditions for a catastrophic fire is in place and we expect these conditions to continue in a warmer climate,” Mr Casey said.

Mr Casey said this fire risk became a far bigger question about climate change and how to best deal with its threat heading into the future.

Tasmania and South Australia can expect delayed fire seasons this year and the bushfire threat should be no more than past years. Other states won’t be so lucky. 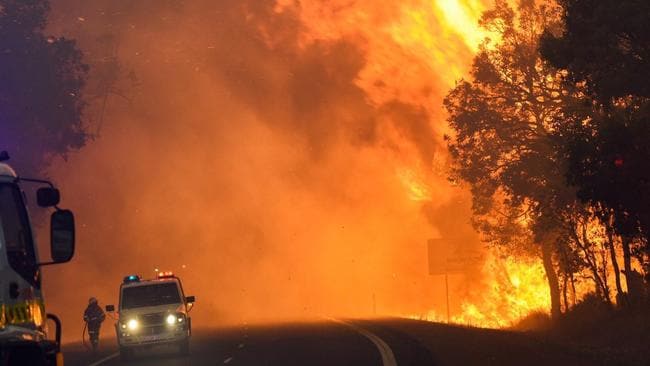 Yarloop in Western Australia was hit with disastrous fires in January. Picture: EPA/Department of Fire and Emergency ServicesSource:Supplied

The Southern Australian Seasonal Bushfire Outlook 2016 report said Queenslanders should expect a slower start than usual to the bushfire season.

Lower maximum temperatures are expected in the state as we head into spring and above average rainfalls will continue through to October.

“These two factors, plus the likelihood of an early northern rainfall onset, make the potential of an above normal fire season unlikely across most of Queensland,” the report said.

Areas west of the Great Dividing Range, near Bundaberg and south towards the New South Wales border, around Biggenden, Gayndah, Kingaroy and Dalby, have dry soil moisture and the fire potential in these areas however could be high.

While the outlook does not predict an above normal bushfire season, the dry soil presents a serious threat and fires are more likely to tear through those areas.

The state will also experience a delayed start to the bushfire season with above average rainfall expected to continue, but over the coming months temperatures will quickly shift from wetter and cooler conditions to typical hot, sweltering summer weather.

“It is expected that the significantly higher than average rainfall received over winter in the central and western parts of the state will result in prolific grass growth over spring,” the report says.

“This grass growth, combined with a drying phase and summer conditions, could lead to above normal fire potential for central and western grassland areas during summer.” Below normal fire potential is predicted in East Gippsland as it has copped heavy rainfall over the past few months.

The report says temperatures will not cause a dangerous amount of drying to the vegetation that has grown.

The fire season in the area will start later than usual with rainfall continuing in the coming months.

In West and South Gippsland and across southwest Victoria, it is a completely different story.

Above average rainfall and temperatures have been predicted for the coming months but the regions have suffered from a lack of rainfall in winter.

The report says this could cause late spring drying of forested areas.

“This could see rapidly escalating fire behaviour later in summer,” the report says.

If you live in the Eastern Eastern Gascoyne, Murchison, Goldfields, Central West and Desert areas, expect a normal bushfire season.

The areas have only recorded average rainfall over winter.

The Wheatbelt and Great Southern regions have also had above average vegetation growth for this time of year because of good rainfall in winter, but the outlook predicted by the end of the growing season the vegetation will have declined because of crop harvesting and grazing.

There is also a high risk of bushfires in the Eucla area and east of Norseman.

Perth hills residents warned about the danger of bushfire complacency